Gmail Tap: A Dot and a Dash Keys Replacing the Whole Gmail Keyboard on a Phone

Remember Morse Code? Google has replaced the entire 26-letter keyboard on its Mobile Gmail service with only two keys: a DOT and a DASH, the only characters in Morse Code. Google’s main reason for this is to give mobile phone users the easiest way to compose or reply an email on a small screen. Even tapping the two keys without looking.

Just like Morse Code, tapping dot or dash represents a character. A single DOT in Morse Code is the character E while a DASH is a T. 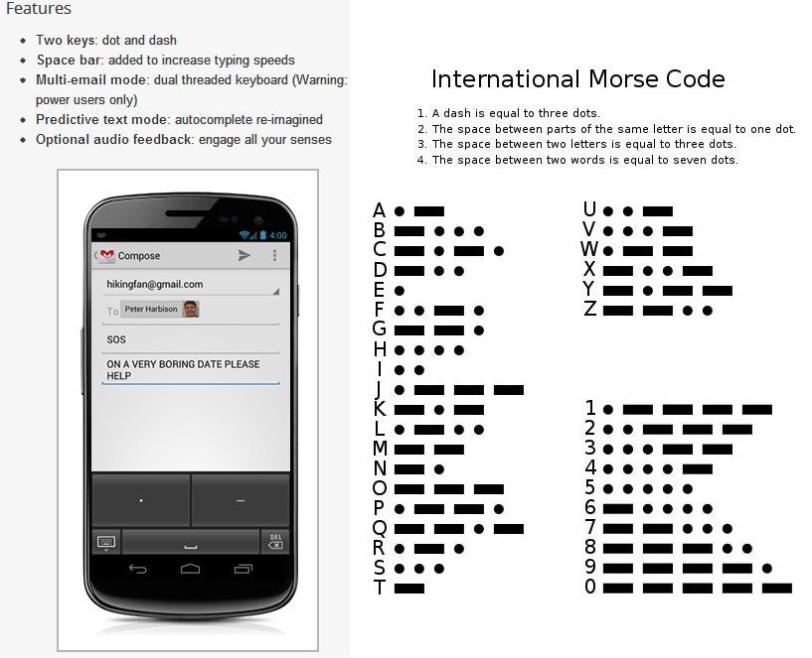 Google’s guide for Gmail Tap’s binary language is no difference to the International Morse Code above. 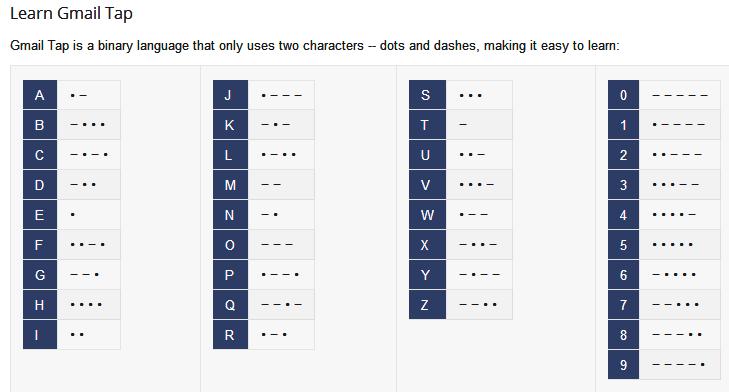 There’s an option to use two sets of the Dot-and-Dash key for faster composition of text using both hands (image on the right). Google promises to add additional keys for faster writing even up to 8 messages at once. 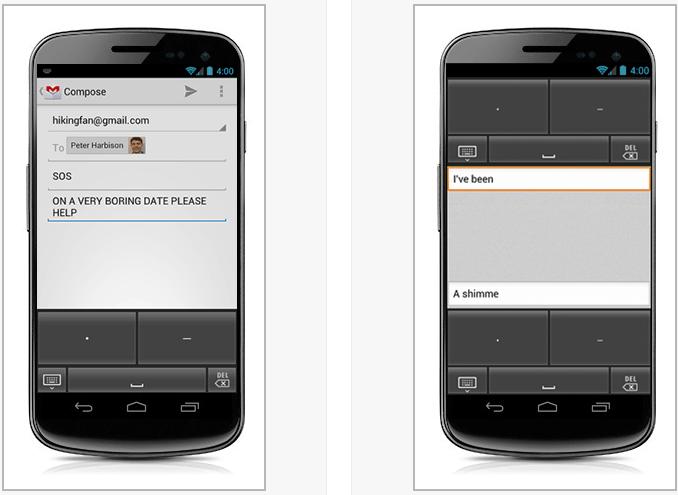 I tried downloading Gmail Tap today(Phil Time) but Google’s server says it will be available on the 2nd of April. So, i have to wait the next day for a try of it on my Android phone.

Try again next yr? Hmmm… It cast doubts already that Gmail Tap is an April Fool’s Day prank. I thought earlier that we had enough prank from Google with its non-existent technology Google Maps 8-bit for NES. Before clicking retry, i checked other tech-sites if they do have inputs on Gmail Tap. I saw one from Mashable which hinted Gmail Tap is a prank. 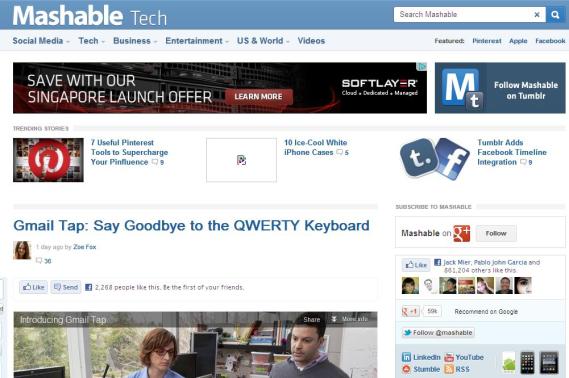 Finally, i pressed the retry button and confirmed it all. Gmail Tap is a prank. 🙂 lol

One thought on “Gmail Tap: A Dot and a Dash Keys Replacing the Whole Gmail Keyboard on a Phone”